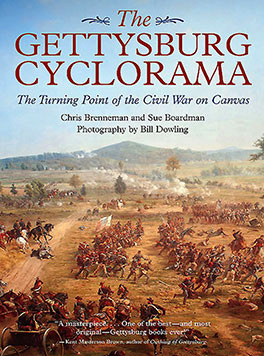 The first cyclorama shown in America was The Siege of Paris, exhibited in Philadelphia in 1876, before moving to others cities nationwide. But, it was to be the Civil War which would come to inspire most of the cycloramas that were later created and exhibited in America; and, it was the astounding commercial and artistic triumph of the Battle of Gettysburg Cyclorama that would be their inspiration. 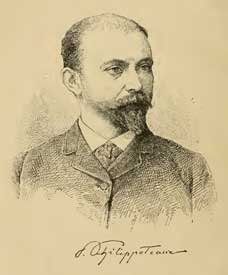 The French creators of The Siege of Paris were the father and son team of Henri Felix and Paul Dominique Philippoteaux. Their cyclorama was a critical and financial success; the painting was shown from 1876 through 1888 in cities from coast to coast. Paul Philippoteaux was well known also from his work as the illustrator of adventure novels. His fame inspired Chicago entrepreneur Charles Willoughby to approach the artist with a business proposal. In 1881 he offered $50,000 (about $1,300,000 in 2021) to Paul Philippoteaux to create for Chicago what would become the first American-themed cyclorama. He wanted the artist to capture on the giant canvas the climatic Gettysburg battle of Pickett’s Charge.

The painter took up the challenge and later joined with Willoughby as one of the investors in the National Panorama Company and other enterprises to finance the completion of four (nearly identical) paintings and the construction of the cyclorama buildings to house them in Chicago, Boston, Philadelphia, and New York.

Philippoteaux (see portraits, right) soon began his extensive research in earnest, intending to make his painting as historically accurate as possible. In May of 1882, while in New York City, the artist visited with Union Generals Winfield Hancock, Alexander Webb, and Abner Doubleday. These generals may be seen together here in the Cyclorama. By engaging these officers and other veterans in his planning, Philippoteaux worked to ensure that his painting would withstand the intense scrutiny it would receive from those who were, two decades earlier, the actors in the bloody drama to be portrayed on his canvas.

It should be noted, however, that while Philippoteaux selected a historical event—Pickett’s Charge and its “high-water mark of the Confederacy”—he did take some artistic license. The work is allegorical, and thus some of the incidents depicted in the painting happened just before, or just after, the high-water mark’s moment in time. The Gettysburg Cyclorama book’s authors suggested that “about 15 minutes of action was compressed into one ‘snapshot’ that became the painting.”

The artist traveled to Washington to study the War Department’s archive of battle maps. Later that year, on the Gettysburg battlefield, Philippoteaux spent around three months making detailed notes and sketches of the landscape. William Holtzworth, a local veteran who worked there as one of the earliest battlefield guides, walked the landscape with the artist and pointed out the historical markers on the battlefield, most still simple wooden signs destined to be replaced with the marble monuments and bronze statues seen today. Holtzworth is one of the individuals we’ve been able to identify in the composite VR panorama below. 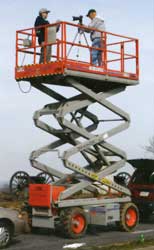 In the spring of 1882, Philippoteaux hired local photographer William H. Tipton to take a panoramic series of battlefield photographs from a raised platform at a point near the “Copse of Trees” on Cemetery Ridge. Learn more about this work here.

Below is a three-node virtual-reality exploration of the Gettysburg Cyclorama and the battlefield landscape—then and now. The “next” button will cycle the three different views.

We’ve stitched together the photographs made by Tipton, and those made by Dowling, and combined them with the VR panorama of the Cyclorama in the feature below.
In this three-node panorama you can click the “next” button to cycle through the three different views of the battlefield landscape. Drag to rotate. For the most detail, view in “full screen” mode. Click the blue “info” button to reveal additional features. On Google Street View you may virtually visit the landscape as it now appears.

Drag in the image above to rotate the panorama a full 360 degrees for a virtual-reality exploration of the battlefield landscape and the Gettysburg Cyclorama. The “next” button will cycle the three different views. A version optimized for a hand-held device is here.

After completing his field research, Philippoteaux returned to Europe, likely to his studio in Brussels, to begin the process of creating the massive painting. Consulting his field notes and the series of panoramic photographs, a pen and ink drawing—a sketch of what would become the cyclorama—was created. Sections of the drawing were photographed, and prints were distributed to the assembled team of artists, which included Philippoteaux’s father. Every member of the team had a particular specialty: portraits, horses, armaments, clouds, etc. One of these was landscape painter Salvador Mège, who was represented with his arm in a sling here in the cyclorama, and who may be a person on horseback in William Tipton’s panorama. 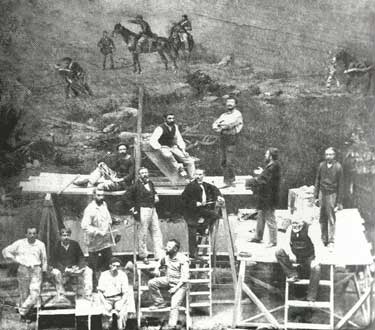 The glass photographic negatives of the sketches were used in an optical device that projected a greatly enlarged image of the sketch segments onto the canvas, similarly divided into sections and smaller squares. Thus, the pen and ink drawing was magnified and traced in pencil onto the corresponding squares of the primed canvas. Because the canvas was so much larger than the drawing, many additional characters and landscape features were later added to the scene. It has been estimated that Philippoteaux and his crew painted some 20,000 men and horses.

Two versions of Gen, Armistead as he was wounded.

During the process, one artist might create the figure of a mounted officer, and then move aside as another painter stepped in to complete the facial details of the historical figure. Then, a third artist might take over, to paint the horse upon which the officer was mounted. In 1884, Philippoteaux opened his Mott Haven (Bronx) studio in New York City. He completed his third and fourth Gettysburg Cyclorama paintings there, where the process would be observed on occasion by veterans of the battle who would make helpful suggestions, or even corrections to details the artist misinterpreted. The Boston version, which was begun in Paris but completed as the painting was hanging in its Tremont Street rotunda, also benefited from the suggestions of visiting officers.

One particularly noteworthy historical error was the portrayal of Confederate Gen. Lewis Armistead, who led his troops to the temporary breach of the Union lines at the “high-water mark of the Confederacy.” Click here to see this scene as painted in the Boston Cyclorama, with Armistead depicted, incorrectly, on horseback as he was shot. After Philippoteaux was informed that his depiction of the general was inaccurate, the officer, in the third and fourth iterations of the painting, was shown on foot, with his hat held aloft on his saber at the moment he was shot. See these compared, above left.

The artists employed by Philippoteaux at his studios in Brussels and Paris were mostly Europeans, which could explain the anomalies in the details of uniforms and armaments that some have noticed in the painting.

Even after the cycloramas were completed, new information would prompt modifications to the paintings; one such case was the 1889 addition of the commander of the Army of the Potomac, Gen. George Meade, to the Boston painting after audiences questioned his absence from the canvas. The section of the Cyclorama with Meade and his officers may be seen here. For a detailed look at this, as well as a re-imagining of Gen. Meade’s portrait using artificial intelligence (AI)-based technology, click on the feature to the right.

As the first cyclorama painting was being completed in Belgium, the building to house it, costing some $40,000—about $1,036,000 in 2021—was under construction in Chicago. It was a windowless octagonal structure, 134 feet in diameter and is 96 feet high. During the day, the light to illuminate the painting came from skylights; at night there was the new marvel of electrical lighting. Yoni Appelbaum wrote that for visitors to the Cyclorama, “It was a frozen slice of the past, shining with the incandescent glow of the future.” 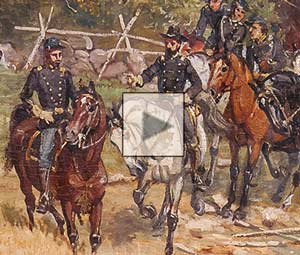 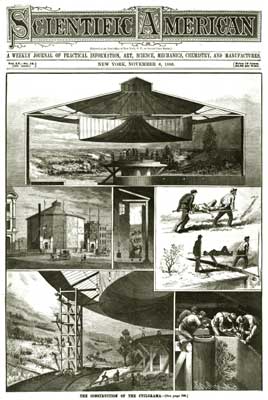 Constructing the Diorama for the Cyclorama.

While the team of perhaps eight to ten artists under the direction of Philippoteaux was completing the painting, another crew of workers was hauling hundreds of wheelbarrow loads of earth into the Cyclorama rotunda. Arranged on this simulated landscape were fence rails, sod, logs, and areas of bare sand. A variety of armaments, vehicles, and battle debris, some damaged as if in an explosion, was distributed on the staged battleground. The artifacts placed closest to the viewing platform were created life-size, but those farther back were made a smaller, until by the edge of the canvas, the objects shared the scale of the painting’s foreground. Ultimately, the foreground objects and landscaping joined with the painting in the background so as to simulate a three-dimensional landscape. An 1886 article from Scientific American, which explains the entire process, may be read here. By October of 1883 the stage was set, literally, for the highly anticipated opening of the Battle of Gettysburg Cyclorama.

Next: Reaction to the Cyclorama