Stereograph cards, along with cycloramas, were a popular form of entertainment before the arrival of the cinema. Much of the battlefield photography in the days following the fighting at Gettysburg was created by artists using their two-lens stereo cameras, as by that date the stereoscope viewer had become a popular parlor entertainment, accessible to most middle-class households. The stereocard below (Recruits going to the front), taken from a section of the Gettysburg Cyclorama, exhibits no 3D effect due to its two-dimensional source material. The other stereocards on this page, however, will demonstrate a stereo 3D effect when viewed in a stereoscope.

Click on each of the cards below to see an animated 3D effect and a 3D anaglyph. The anaglyphs require red/cyan glasses. Anaglyphic images will provide a 3D visual experience most similar to that intended by the photographer. If you do not have the red/cyan glasses, inexpensive paper ones may be ordered here.

The dual-image stereocards are presented on these pages unaltered (except for size) from their scans sourced online. The anaglyphs and the animated images have been modified to optimize the stereoscopic effect.

Home of a Rebel Sharpshooter 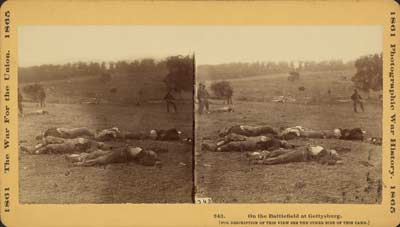 On the Battlefield at Gettysburg 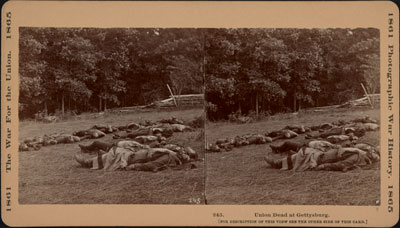 Breastworks on the Left Wing

Confederate Sharp-Shooter at Foot of Round Top 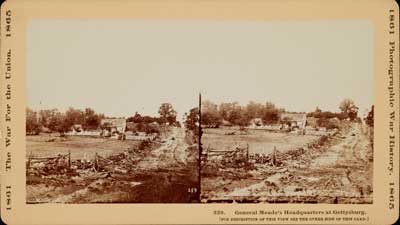 High Water Mark of the Rebellion 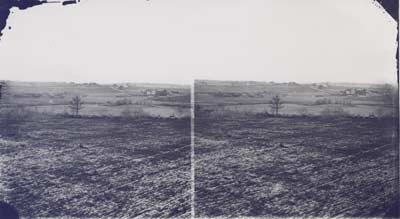 View Near the “Bloody Angle” 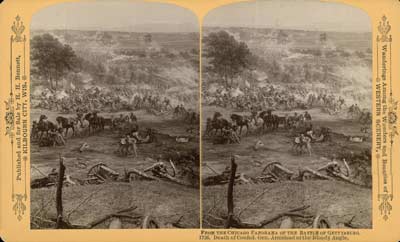 Death of Confed. Gen. Armistead at the Bloody Angle